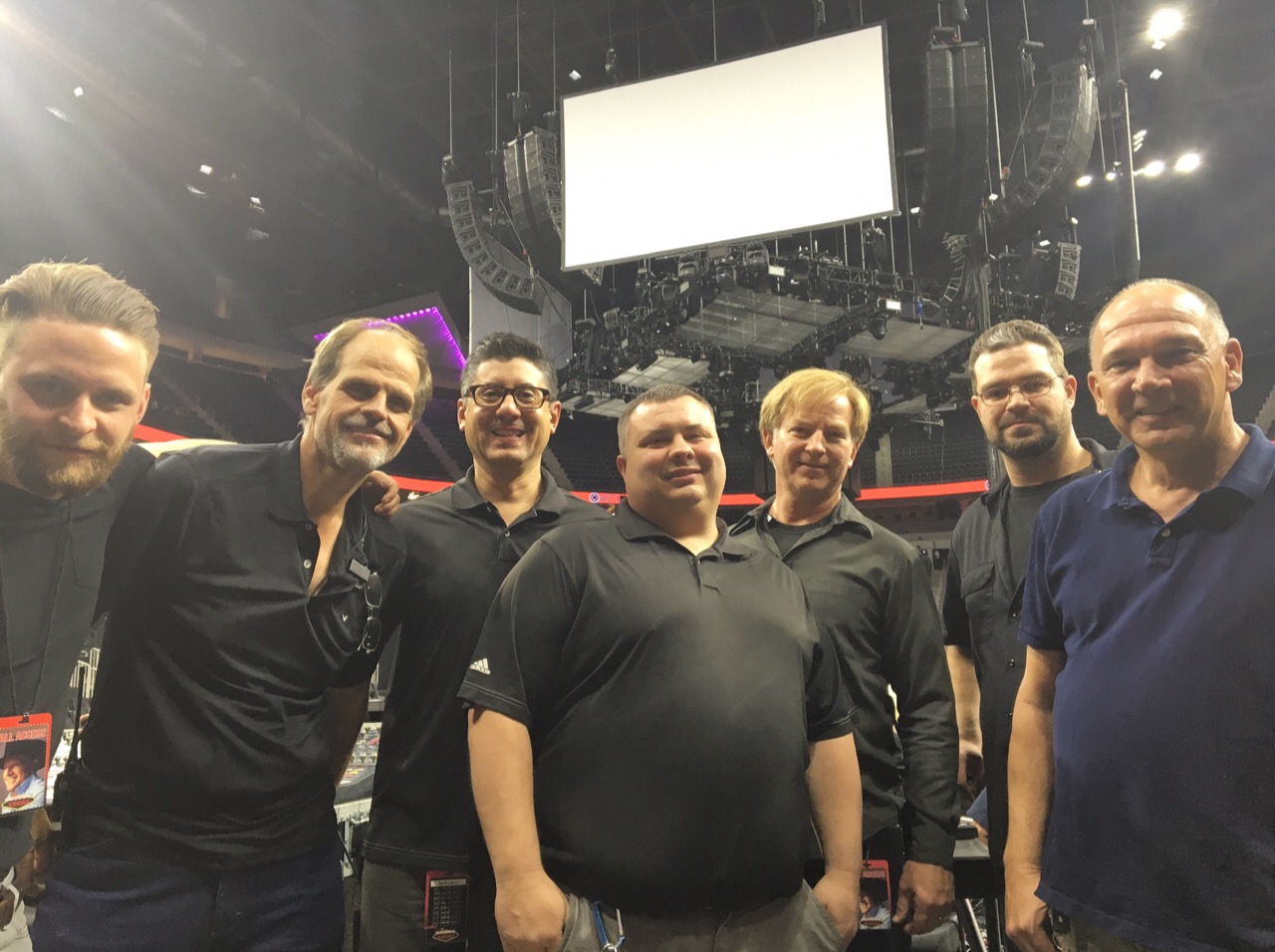 By combining the T-Mobile arena sound system with the traveling production system, engineers were able to create an amazing experience for an unforgettable concert

LAS VEGAS––In preparing for a series of iconic, in-the-round performances by George Strait at T-Mobile Arena, in-house engineers worked with production engineers from VER to design a massive, 14-cluster JBL by HARMAN VTX line array system to provide a remarkable level of coverage, fidelity and intelligibility.

“The George Strait production crew of Paul Rogers and Stacey LaBarbera knew there was a nice JBL VTX system at T-Mobile already, and because we have the same system, they asked if we could marry our systems to create something very special,” said Joe Casanova, National Audio Sales Manager, VER. “So that's exactly what we did. We came up with a massive, 14-cluster, double in-the-round VTX rig that worked astoundingly well. Paul Bauman (Associate Director, Global Tour Sound Business Development, HARMAN Professional Solutions) was very helpful in so many ways. He’s a smart man, and it’s always a pleasure to work with him on projects like this.”

“With today’s connectivity, a system of this size can come together pretty quickly. We connected our system to the house system via Dante,” said Casanova. “Basically, the house system’s six clusters took care of the upper bowl area, and the eight additional arrays we brought in took care of the lower bowl and floor area. We had a total of 152 V25–II elements and 48 VTX S28 subs in use. It sounded amazing.”

“The house guys were very accommodating—they let us have full access to the house system,” said Casanova. “Our system engineers Kevin Valind and Eddie Harbin did a superb job of tuning the system. They were able to bring the house arrays in a little, turned some elements off, and really tailored the sound for the arena and to the ear of George Strait’s FOH Engineer George Olsen. Everything was powered by Crown. Both our systems have the same amps, so we used Performance Manager 2.0 for efficient and precise control of this large-scale system.”

“What really stood out is the accuracy of the VTX system,” said Casanova. “The intelligibility was stellar, and you could understand every word. The vocals were out front, and you could hear every note of every instrument. Every seat in the house got the same crystal-clear experience. This was just the first of several George Strait events at T-Mobile Arena, and everything went exceedingly well. The audience really got their money’s worth.”