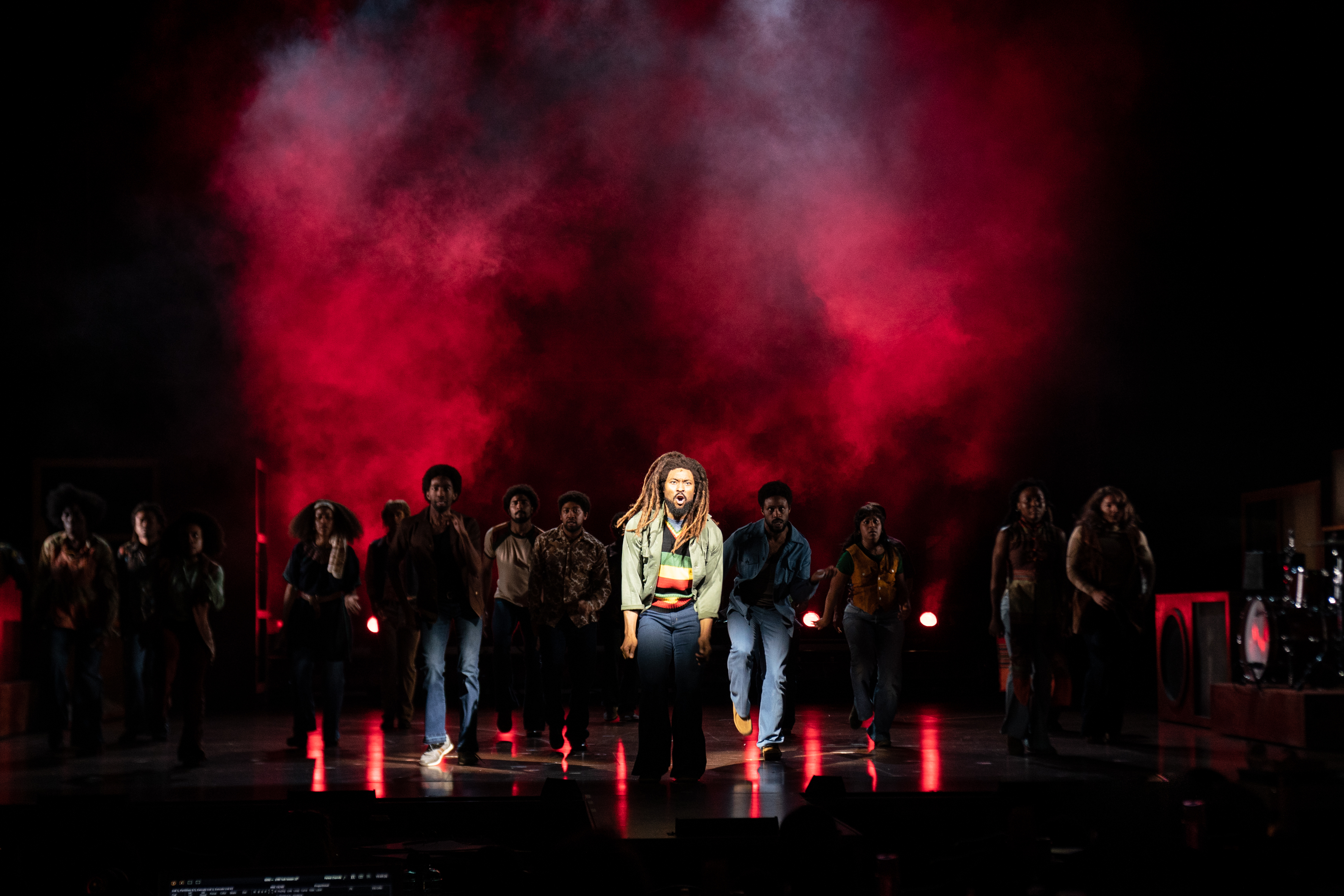 Get Up Stand Up! Brings Theater Audiences To Their Feet with the Music of Bob Marley Powered by JBL Professional

Premiered in October 2021, Get Up Stand Up! is a new musical theater production that tells the life story of Bob Marley. Based at the iconic Lyric Theatre in London’s West End, the show has earned both critical and commercial acclaim, with performances routinely playing to sold-out audiences. Because Marley’s music plays such an integral role in the production, sound designer Tony Gayle required a modern audio system that would deliver concert-like sound quality. At the same time, he needed the sound system to provide natural-sounding speech intelligibility and balanced coverage to ensure a comprehensive theater experience. At Gayle’s request, the show’s producers hired leading UK theater audio providers Stage Sound Services to deploy a complete JBL Professional theater audio solution consisting of JBL VTX Series line array loudspeakers and Crown I-Tech HD Series amplifiers.

“I made Bob Marley the focus of my design, because it’s the music that creates the emotions,” said Tony Gayle, Sound Designer. “The main reason I wanted to use the VTX A8 was I knew that whatever source went in, it would leave sounding the same. It’s a very transparent box. The show gets very big and loud, but we wanted the sound to be nice and smooth. It’s a natural-sounding speaker. The sound played a big role in telling the story. You can see the audience when the first kick drum hits. They feel it in their chest. As soon as they hear a song they love, people stand up ready to clap and sing along. The show isn’t trying to be polished, like a studio album. It feels like a live gig. We achieved that by using the right sound system.”

Stage Sound Services recently acquired the JBL VTX A8 line array speakers and B18 subwoofers used in the production. Get Up Stand Up! marks the first time a JBL VTX system has been used in a West End theater production. The team also deployed Crown I-Tech 4x3500 HD amplifiers to power the JBL speakers and subwoofers.

Many of the theaters in London’s West End are old buildings that weren’t constructed with heavy sound equipment in mind. The JBL VTX system’s remarkably lightweight build and streamlined rigging system played a crucial role in enabling the production team to deploy a system capable of delivering impactful audio experiences while keeping the entire system under the weight limitations.

“Aesthetics are very important in theater, especially in the West End,” said Phil Hurley, Founder, Stage Sound Services. “The JBL VTX series succeeded in this respect. On a practical level, they’re very well designed, particularly when it comes to transportation and rigging. For theatrical productions, these attributes are almost as important as sound quality. Sound design teams routinely work around weight limits, and we’ve had cases where customers were sadly unable to use their chosen equipment because it was too heavy. A major advantage of the VTX series is that it’s so lightweight and so easy to deploy.”

“Rigging a line array in a West End theater can be the most impractical thing ever,” said David Cole, Production Sound Engineer. “We don’t want to be up at four A.M. trying to work out how a PA goes together or re-configuring it because of anomalies in the prediction software. The fact that the JBL system was plug-and-play meant getting everything in the air was nice and straightforward. We didn’t spend ages up ladders trying to figure out how everything works. It just clips in and you’re done.”