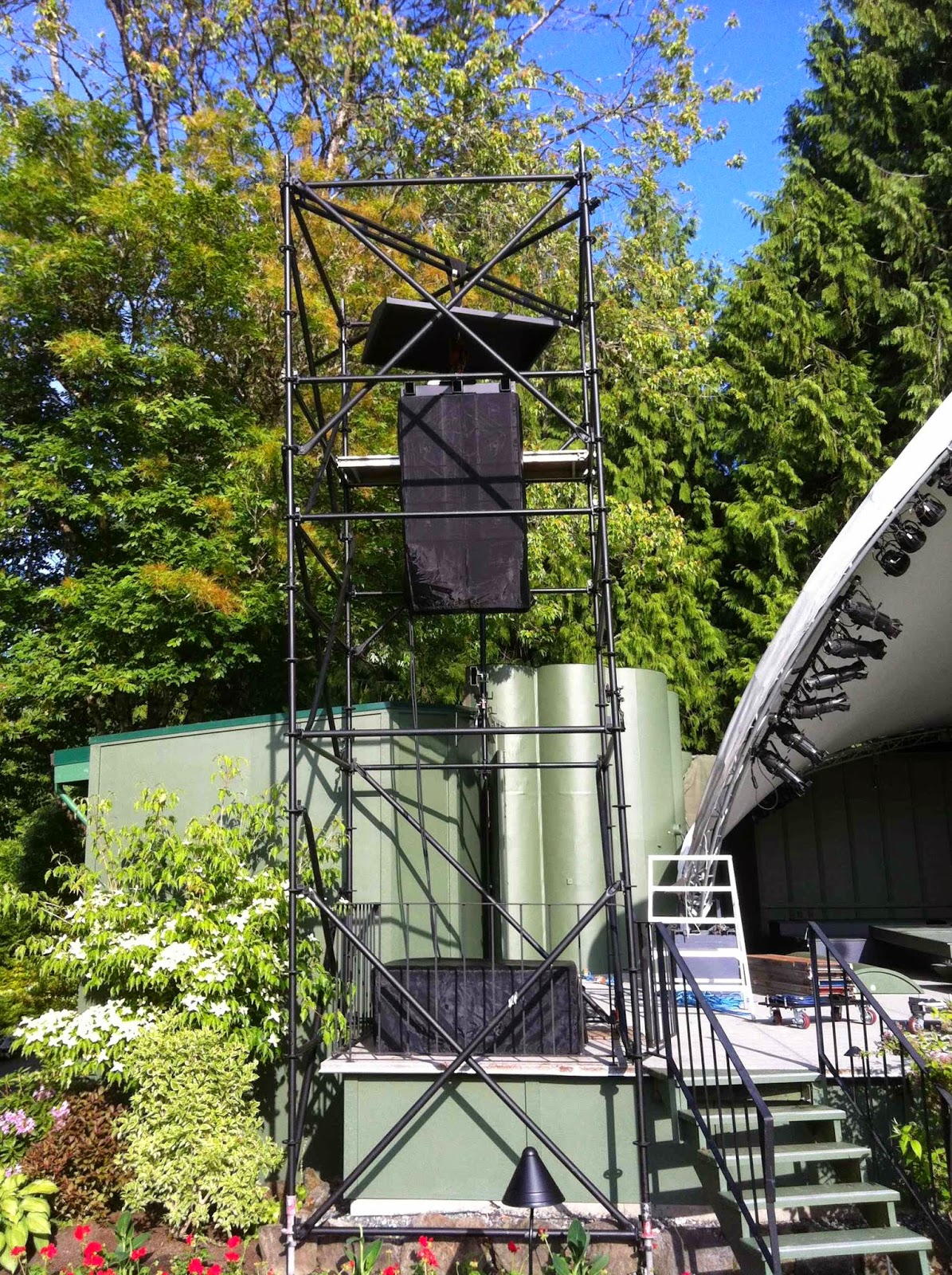 Located near Victoria on Vancouver Island, The Butchart Gardens is a collection of floral gardens that receives almost a million visitors each year. For the past 12 years, DL Sound has provided the sound reinforcement system for The Butchart Gardens’ famed “Summer at the Gardens” series. This year’s performers included world-famous acts including Colin James and Pink Martini, with performances scheduled every night from June 15 to August 30.

“This year, The Butchart Gardens wanted to up the ante as far as the draw of its performing artists went, so they also needed an audio system that would meets the needs of larger crowds,” said Doug Lyngard, President of DL Sound. “They also wanted to be able to fly the PA system instead of ground-stacking, which they have done in the past.”

“The venue lends itself to great presentation for an artist, and this is a great venue for acts coming through the Victoria area,” said Paul Gatien, Live Sound Engineer for The Butchart Gardens. “For Colin James, we had an audience of 5,000 people, which was one of our largest events.”

“I haven’t had any training on Performance Manager, so I’ve been figuring it out as we go, but it’s so intuitive that it’s been working great, and we’re doing really well with it,” Gatien noted.

When looking for a loudspeaker system for the summer season at The Butchart Gardens, Lyngard was attracted to the V20 for multiple reasons. “I really liked the sound of the V20, and the JBL name carries a solid reputation, so that also played a big factor,” he said. “Other factors like the easy rigging were important, as well as how easily the loudspeakers work with the Crown amplifiers and Performance Manager.”

“We’re really happy with the system,” Gatien added. “We do everything from symphony performances and jazz to classic rock and blues, and the VTX loudspeakers and Crown I-Tech HD amplifiers handle it all very well.”

While Summer at the Gardens provided the impetus for DL Sound to purchase the JBL VTX system, the company has big plans for it once the summer is over. “The V20 and I-Tech 4x3500HD raise our ability to compete for larger projects,” Lyngard said. “Now we’ll be able to provide sound for all the venues on Vancouver Island and in the Vancouver area and be able to fill most riders as well.”

For more information on The Butchart Gardens, please visit www.butchartgardens.com