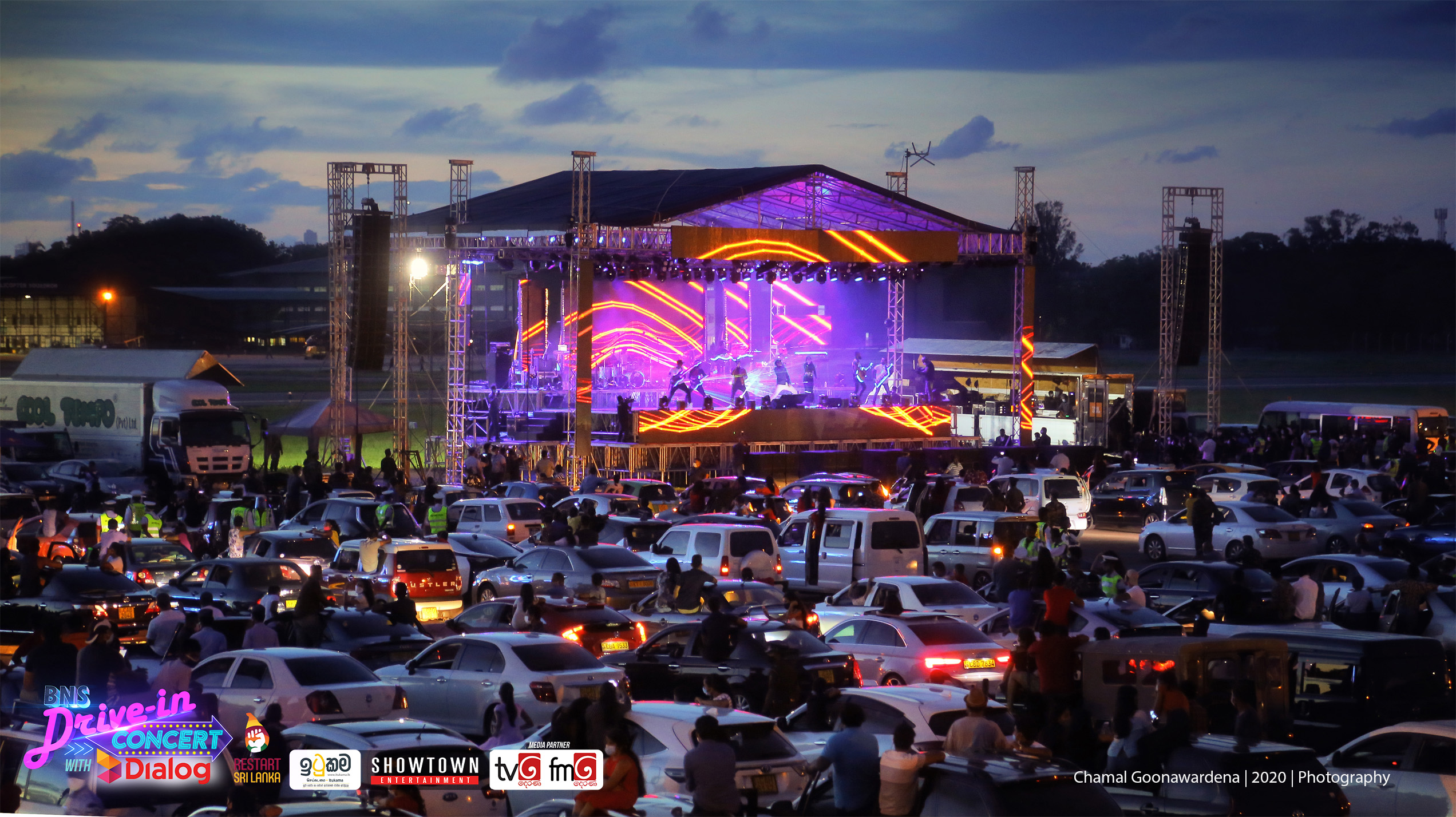 Treating fans to their first live music experiences since the COVID-19 outbreak, the BNS Drive-in Concerts were the first ever drive-in concerts in Sri Lanka and the first in South Asia since the lockdown. The large-scale events, which were put together by the Sri Lankan entertainment television station, TV Derana, in addition to Bathiya and Santhush, were recently held at the Colombo International Airport. Affiliated with the “Restart Sri Lanka” intiative, the concerts were designed to motivate the community and serve as symbols that the Sri Lankan entertainment industry is recovering from the effects of COVID-19. The concerts enforced strict health and security guidelines, while the proceeds from ticket sales were donated to the Itukama Healthcare and Social Security Fund.

“Since these were held at an airport, the venue had many challenges to overcome,” said Malinda Lowe of Universal Sound Productions. “The stage was directly facing massive aircraft hangers and many of them were made of metal structures, so we had to work with JBL Line Array Calculator (LAC) to get rid of all the slap back with accurate measurement. We were also not in a position to deploy towers, as they would obstruct the view, so we managed to deliver the required vertical coverage despite the heavy surrounding wind. One thing I love about the JBL loudspeakers is their HF/MF waveguides and power handling.”

With a talent lineup that featured popular artists such as Umaria, Wasthi, Yohani De Silva as well as Infinity, the concerts drew more than 6,000 fans in more than 1,200 vehicles each night. To ensure safety for everybody in attendance, guests were not allowed to leave their cars, so the audio was broadcased on a special FM high-definition radio station in addition to the venue’s loudspeakers. Instead of clapping or cheering, fans honked and flashed their headlights to show their appreciation during the performances.

“The other challenge was to match the PA feed with the broadcast feed, as BNS wanted the audio to be synchronized perfectly,” Lowe said. “The JBL Performance Manger software and Soundcraft ViSi Remote app played major roles in accomplishing this task. By measuring a few vehicles running pinknosie through the radio feed at different locations, we managed to match the radio broadcast with the PA and outer fills.”

“As usual, the sound system delivered pristine audio with the clarity and punch we desired,” said Bathiya Jayakody of BNS. “We have been using HARMAN products via our audio and venue sound partner Universal Sounds Productions for over 10 years now. We’ve had 100% satisfaction from our clients, who rave about the sound quality at our events.”

“I have a long history of working with HARMAN Products, using them for almost every event we have done,” Lowe said. “We have used JBL for all the international acts that have happend in Sri Lanka during the last 10 years, including many top artists such as Jason Derulo, Enrique Iglesious, Shaggy and many more. When you deploy a JBL system with proper configuration for the application, you get a great sound with consistent coverage.”