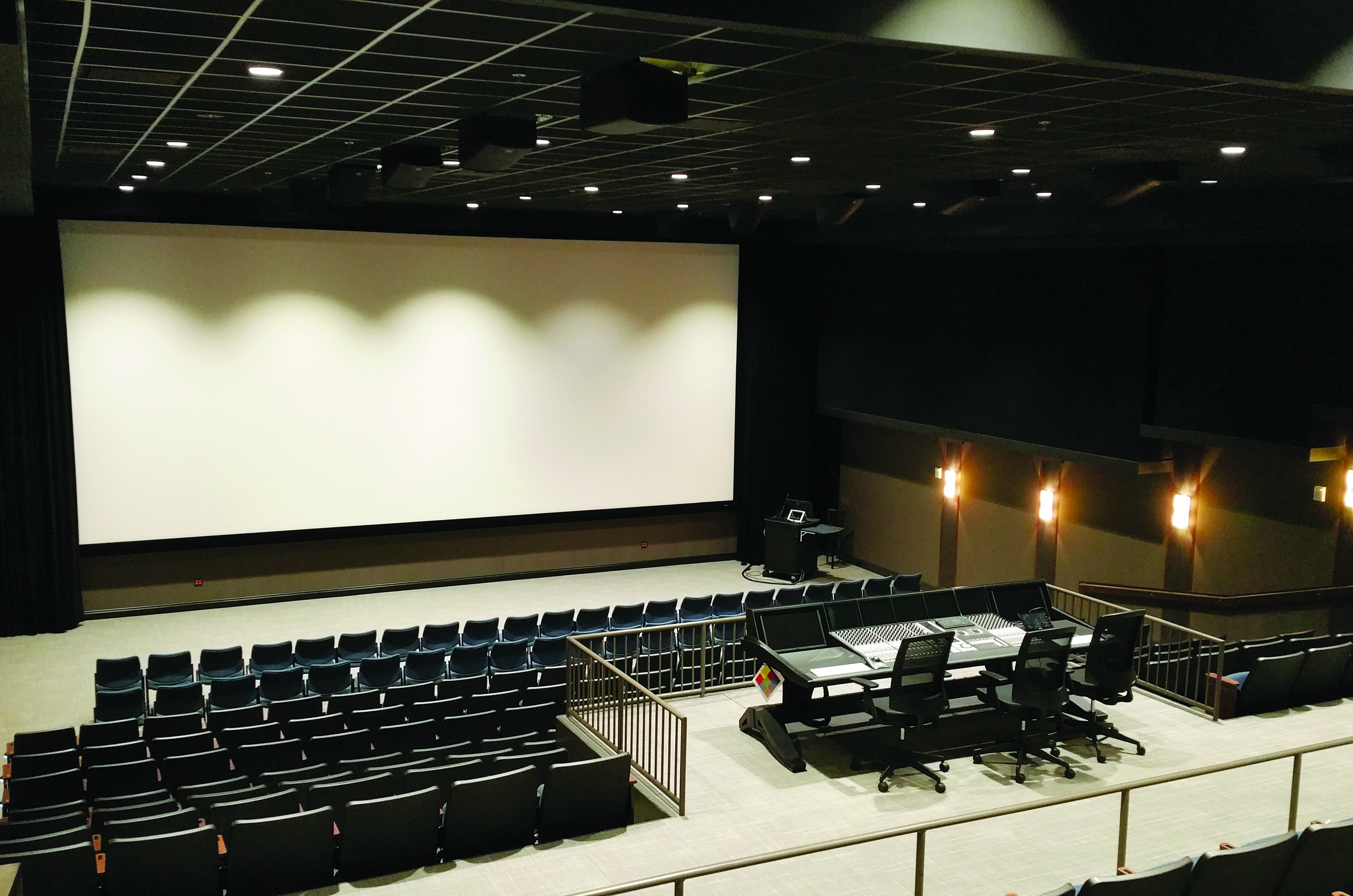 Serving as a home base for a wide range of entertainment, music and film students, Curb College offers a comprehensive curriculum for majors including audio engineering, songwriting, motion pictures, music business and entertainment industry studies. University officials worked with Nashville-based AV Integrator, M3 Technology Group, who provided the systems, technologies and installation on the project.

From a technology point of view, the college offers a comprehensive set of facilities, including a TV Production Studio for producing and capturing student newscasts, commentators, product shots and small interview productions; a Motion Capture Space to create live-action computer-generated imagery, allowing for 3D animation, digital compositing and motion graphics for any production; a 2,500-square-foot Sound Stage for making single- and multiple-camera motion pictures; 24 Student Edit Bays in which students can view, process, synchronize, edit and mix video and audio program material, and a Foley/ADR Suite to capture sound effects and atmospherics for replacing and enhancing sounds in audio, video and film productions.

A crown jewel within the new facility is the 250-seat Johnson Screening and Mixing Theater, which serves as a screening room for motion pictures and a mix theater for audio mixing for film. In fact, this makes Curb College the world’s first and only university-based film program capable of teaching the process of developing and producing theater-ready films in the Dolby Atmos immersive format.

“Often with school film projects and amateur productions, the audio is usually the first element to drop off. Student film courses at most schools don’t dedicate the time and resources to teaching and creating professional audio,” said Warburton. “Directors regard audio as half the film experience. Our goal is to give students the opportunity to work with the very latest in audio production tools and technology and enable them to create projects that look and sound professional.”

The Dolby Atmos Rendering and Mastering Unit (Dolby RMU) allows faculty to teach the process of creating and compiling movies in immersive Dolby Atmos sound, as well as traditional 7.1 and 5.1 formats. The system design for the loudspeakers alone presented some unique challenges, with the overall goal of providing maximum sound quality and flexibility.

“Every speaker in the theater is independent and we’re able to create a completely immersive audio experience. With different imaging between all channels and speakers you can make sounds come from an exact location in the theater,” added M3 Senior Designer Engineer, Todd Lewis, CTS-D, DMC-E.

“At one point we were challenged to come up with a ceiling mount solution for a few of the JBL 9320 speakers. We fabricated a nice mounting system that is completely flexible, allowing for angle changes and adjustments,” said Martin. “This turned out to be a great feature for this working classroom. If students want to work with how speakers are angled and mounted, and how it effects the room in either 5.1, 7.1 or immersive. They can make it what they need. It’s a very flexible sound system.”

A great deal of planning for audio transport infrastructure went into assuring the entire facility had fast, flexible access to data. Treating each room of the four-story facility — theaters, sound stages, production suites, edit bays — as a network node, engineers were able to create a robust system to support the university’s current and future needs.

“We deployed a HARMAN-based system with JBL speakers, Crown DCi amplifiers, BSS BLU Link because it all works together seamlessly,” said Lewis. “Another huge advantage for a HARMAN solution is that the Dolby Cinema processors also use the same transport protocol. This makes the entire system reliable, efficient and easy to install and use.”

BSS BLU Link by HARMAN is a high-bandwidth, low-latency audio bus that can be used as a standalone technology or used as a complement to Dante, AVB and CobraNet.

“Essentially we daisy-chained all the Crown DCi network amplifiers, DSPs and the Dolby processors on a loop with Cat6 cable between each box for access to the entire system. Except for a few analog input cables and speaker cables, the entire audio system is in the digital domain, said Lewis. “We used Dante to integrate the Avid products into the BSS DSP so everything is connected digitally.”

ABOUT THE MIKE CURB COLLEGE OF ENTERTAINMENT AND MUSIC BUSINESS

In 1971, Belmont University first established a music business program designed to prepare students for operational, administrative, creative and technical careers in the music industry. The program grew in both size and reputation, leading to the advent of the full Mike Curb College of Entertainment and Music Business in 2003. Currently home to more than 2,500 undergraduates with majors in five areas including music business, audio engineering technology, entertainment industry studies, songwriting and motion pictures, Curb College boasts an impressive faculty of academic scholars and authors, entrepreneurs, songwriters, producers, filmmakers and sound and recording engineers. The college serves as a world leader in music business and entertainment industry education and the only freestanding college of its kind.