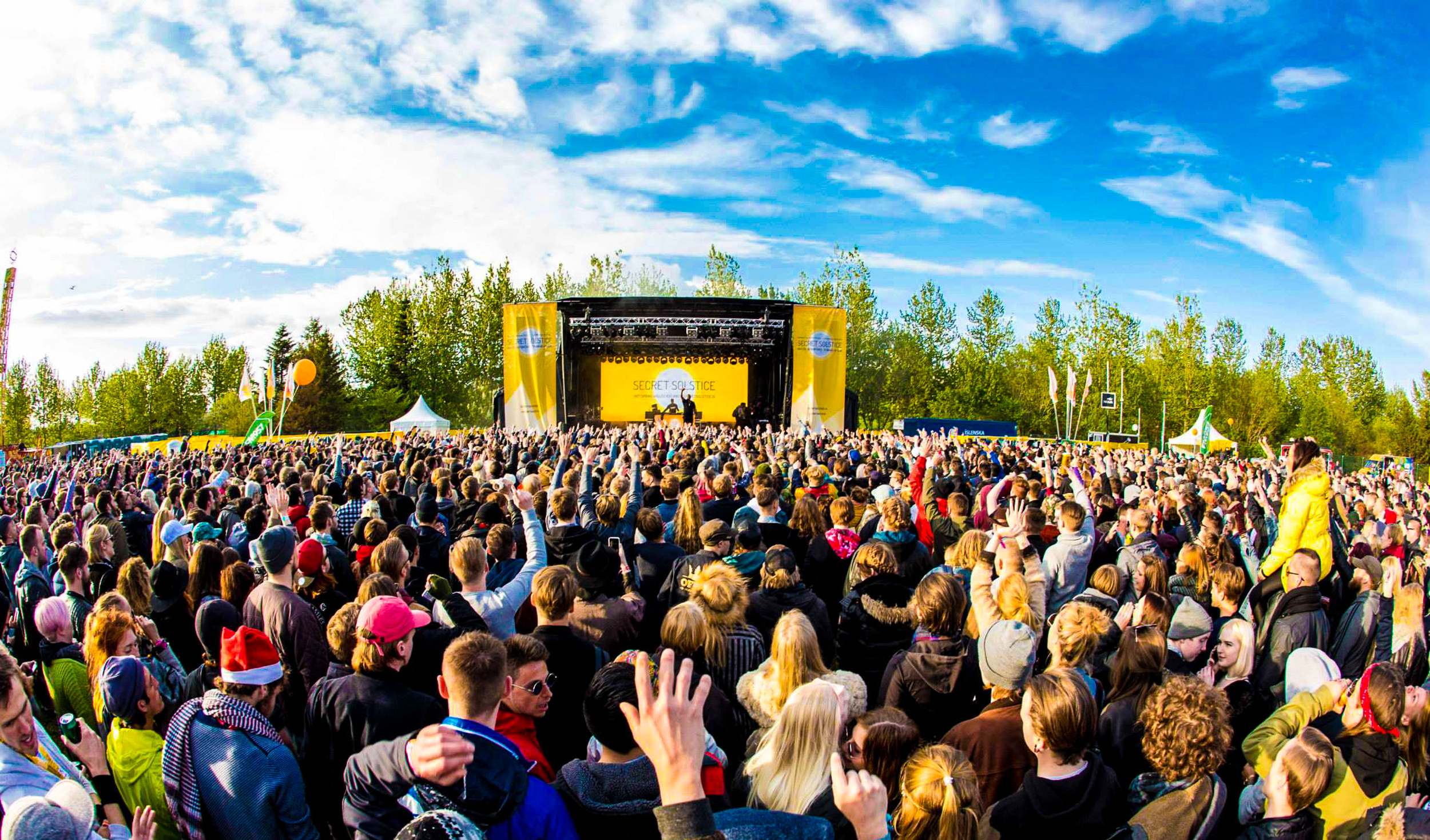 REYKJAVÍK, Iceland – One of the fastest up-and-coming events on the European festival circuit, Secret Solstice, turned to HARMAN Professional Solutions to deliver a complete audio system and lighting solutions. ID Electronic and event partner, Hljodx, provided the gear for the festival which took place over the summer solstice weekend, allowing for 72 hours of continuous daylight.

The 2016 festival was a banner year with attendance numbers soaring to 17,000 after Radiohead signed on to headline the event. The band’s rider requested the cutting edge JBL VTX V25-II line array system, which ID Electronic and Hljodx were able to provide. One of the mobile festival stages was equipped with JBL VTX V25 (seven elements per side) as well as a Soundcraft Vi6, Vi1, for FOH and monitors, and JBL VRX915M stage wedges. They also chose fixtures from HARMAN Professional Solution’s lighting portfolio to outfit the main stage, second and third stages in addition to the two tents.

“With a number of other events, 2016 was the biggest challenge for us so far,” said ID Electronic manager, Ingó Arnarson. “Everyone was happy with the service we provided and the support of HARMAN Tour Sound Application Engineer Ed Jackson took a lot of the strain off our team.”

With headliners such as Foo Fighters, The Prodigy and Richard Ashcroft, 2017 is on track to be the biggest year in the festival’s history. The ID Electronic and Hljodx teams are already gearing up for the 2017 festival in June with plans to expand the JBL VTX presence to all of the major stages and adding more products from Soundcraft, BSS, AKG, dbx, Crown and Martin.

Audio products for the 2016 festival included: