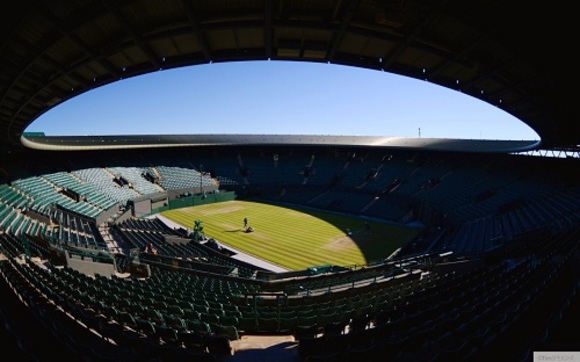 LONDON, England — It’s the world’s oldest and most prestigious tennis championship – Wimbledon, held at the All England Club In London since 1877. Although steeped in tradition, the facility takes a decidedly modern approach to its audio and communications network, evaluating and updating its installation every year. Prior to the 2014 tournament, Wimbledon-based systems contractor RG Jones Sound Engineering (www.rgjones.co.uk) knew that the scope of work would be much more involved than in the past. Because of building renovations, the Broadcast Center PA equipment room had to be completely relocated, and the system upgrade called for more audio inputs and outputs than the existing system provided.

The amplifiers receive audio from the BSS BLU-160 processors via BLU link, a low-latency 256-channel fault-tolerant bus, which provides the required channel count and a cost-effective hardware solution that can be implemented over long distances.

“Having to implement such a major overhaul of the system proved to be a blessing in disguise, as the relocation of the PA room confirmed our belief that network-compatible amplifiers were the way forward,” said Berry. “The ability to network the amplifiers alongside the existing Soundweb London system has proven to be extremely useful. Having in-depth, instantaneous monitoring of the amplifiers gives us a degree of control that was simply unavailable before.” He also noted that the amplifiers’ Ethernet connectivity significantly reduced the amount of analog cabling that would have otherwise been necessary.

Berry has been equally impressed with the DCi Network amplifiers’ performance. Before starting the All England Club project RG Jones undertook rigorous sonic testing at their workshop to check that the amplifiers would integrate with the existing system. “While conducting these evaluations we realized that the depth and functionality of the amps’ DSP features were a major advantage in tailoring their performance to the speakers, the system and the venue,” Berry added.

For Berry and his team, the acid test was going from the workbench to configuring the installation for the Centre Court clubhouse. “The setup and commissioning of the clubhouse system was the most complex part of the install, and in fact we found the process to be intuitive, easier than we thought it would be – and extremely effective. The flexibility, control capabilities and the sound quality are far better than we could have hoped for and we will certainly be specifying the Crown DCi amps and BSS Audio components for future projects.”