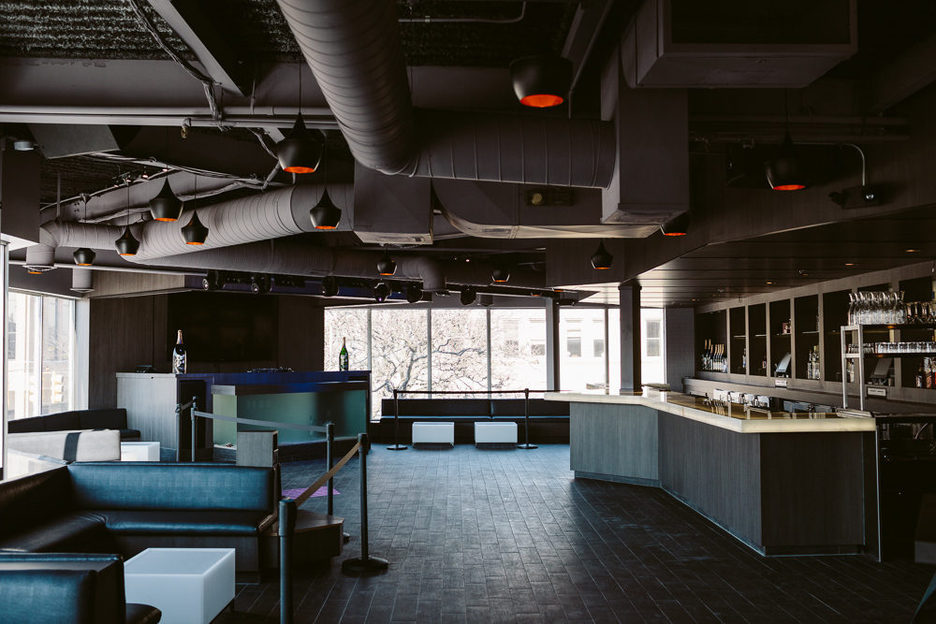 The Detroit area has always been known for its resiliency, which was resoundingly evident at the Valentine’s Day opening of Bistro 82 in the suburb of Royal Oak, Mich. Completely remodeled and renovated, the two-story establishment offers superlative French cuisine in its restaurant, while its Sabrage ultra lounge is a chic addition to the area’s nightclub scene. Bistro’s clean, contemporary design is accented by an open, spacious layout with splashes of color and plenty of natural lighting. While the building’s architecture plays a major role in the appeal of both venues, it is also a challenge. On each floor, one entire wall consists of all windows, and in the nightclub, there is an unusually low ceiling.

Chadi Shaya, owner of Detroit systems integrator Intellitech Systems, set out to deliver an audio solution perfectly tailored to the restaurant on the first floor and the nightclub on the second. To minimize the effects of the windows’ hard reflective surfaces, Intellitech sprayed the surfaces on both floors with soundproofing material that not only helped reduce the amount of reverberation, but also helped to separate both floors from each other acoustically.

“I have to point out that the level of support we received from HARMAN Professional and the quality of their products helped make this project successful. The all-HARMAN system architecture ensured total compatibility all around, and the BSS Audio Soundweb London processors allowed us to easily integrate iPad and iPhone control, which adds to the ease and convenience of operating the system.” – Chadi Shaya, Intellitech Systems